The oldest running motel in the state of Minnesota!

The Mabel House Hotel originated in Riceford, Minn., in the 1870’s. Riceford was a booming town – host to a stagecoach line. However when the Narrow Gauge Railroad Line came through this area it was plotted through Mabel, Riceford began losing its business district… and its buildings. The hotel followed the prosperity in 1879 and was put on a wagon, pulled by horses into Mabel and set in its present location at 117 South Main, Mabel, Minn. The south wing was added in 1880.

The Mabel House has been serving the needs of travelers for over 131 years at its present location. The hotel has seen several owners over its history but one thing has not changed and that is the friendly atmosphere that this quaint hotel has to offer each and everyone that ‘arrives as a quest and returns as a friend’. During the lifetime of the hotel, no structural changes have been made, only interior renovations for guest convienence including the most recent renovations in the summer of 2014 when it was purchased by LaVern Vickerman. Major cleaning and improvements have been made. The lobby and new king suite (former dining hall) features the original tin ceilings and our 40 foot open air porch lined with Amish made glider rockers and Adirondack chairs is a must to enjoy on a warm summer evening.

A notable guest of the hotel was Charles Lindberg (and his mother, who accompanied him during his barnstorming years) in 1923. We have newspaper articles and letters to local residents which chronicoled his weeklong visit. 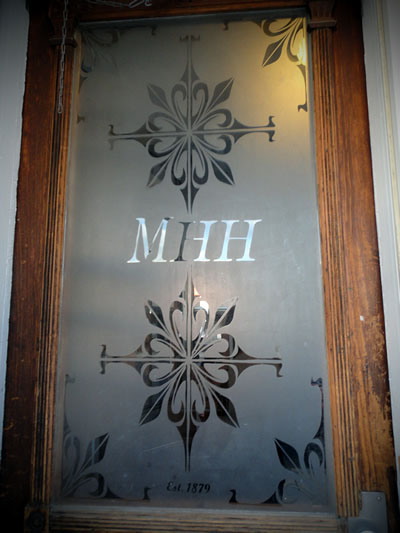 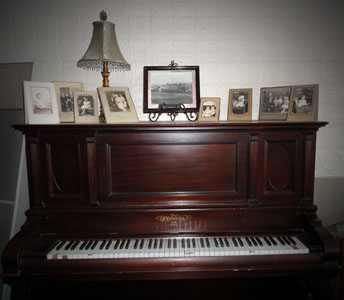